Porridge for Parkinson’s® is an elegant morning that features a brunch prepared and served by top Toronto chefs, a brunch-themed silent auction, and special guest speakers.

Our brunch pantry packages were a hot item this year! We delivered over 100 packages across the GTA on Sunday, November 6.

Proceeds will again support the Parkinson’s Research Excellence Fund at the Edmond J. Safra Program at Krembil Brain Institute, Toronto Western Hospital, UHN. Our hope is to “Fund a Fellow” for one year of research at Toronto Western. Thank you to everyone who contributed to this goal.

Porridge for Parkinson’s is honoured to receive the Bronze Upper Canada Medal from the UHN Foundation.

In a special video message from the UHN team, Dr. Lang said, “congratulations to the Porridge for Parkinson’s team, the volunteers, the donors, the chefs, and everyone that made this tremendous experience and success possible in support of what we do in Parkinson’s care and research. We appreciate your ongoing dedication.”

Thanks to all the generous Porridge for Parkinson’s partners and donors who have contributed to the achievement of this special award.

The Edmond J. Safra Program in Parkinson’s Disease is a program of the Krembil Brain Institute at Toronto Western Hospital. Dr. Anthony Lang, Dr. Diana Olszewska, Dr. Daniel Garbin Di Luca and our colleagues at the UHN Foundation talk about how P4P supports research and the goal of providing patients with the best clinical care possible.

END_OF_DOCUMENT_TOKEN_TO_BE_REPLACED

In 2020, Kata Ambrus opened Chocolat de Kat in the St. Clair West neighbourhood. Each bonbon is like a tiny piece of edible art.

END_OF_DOCUMENT_TOKEN_TO_BE_REPLACED

Dr. Philip Hébert is a Professor Emeritus at the University of Toronto. He had an active practice in Family Medicine until his retirement from clinical medicine in 2010.

END_OF_DOCUMENT_TOKEN_TO_BE_REPLACED

You asked for it! Granola Recipe

END_OF_DOCUMENT_TOKEN_TO_BE_REPLACED

John and Marylou saw this year’s brunch-at-home format as a great alternative to the live event. Marylou placed an order for delivery on November 21st, which coincidentally was their wedding anniversary.

END_OF_DOCUMENT_TOKEN_TO_BE_REPLACED

This month marks the fourth anniversary of Parallel, a popular middle-eastern restaurant in the Junction neighbourhood that showcases sesame butter or tahini in its many delicious forms.

END_OF_DOCUMENT_TOKEN_TO_BE_REPLACED 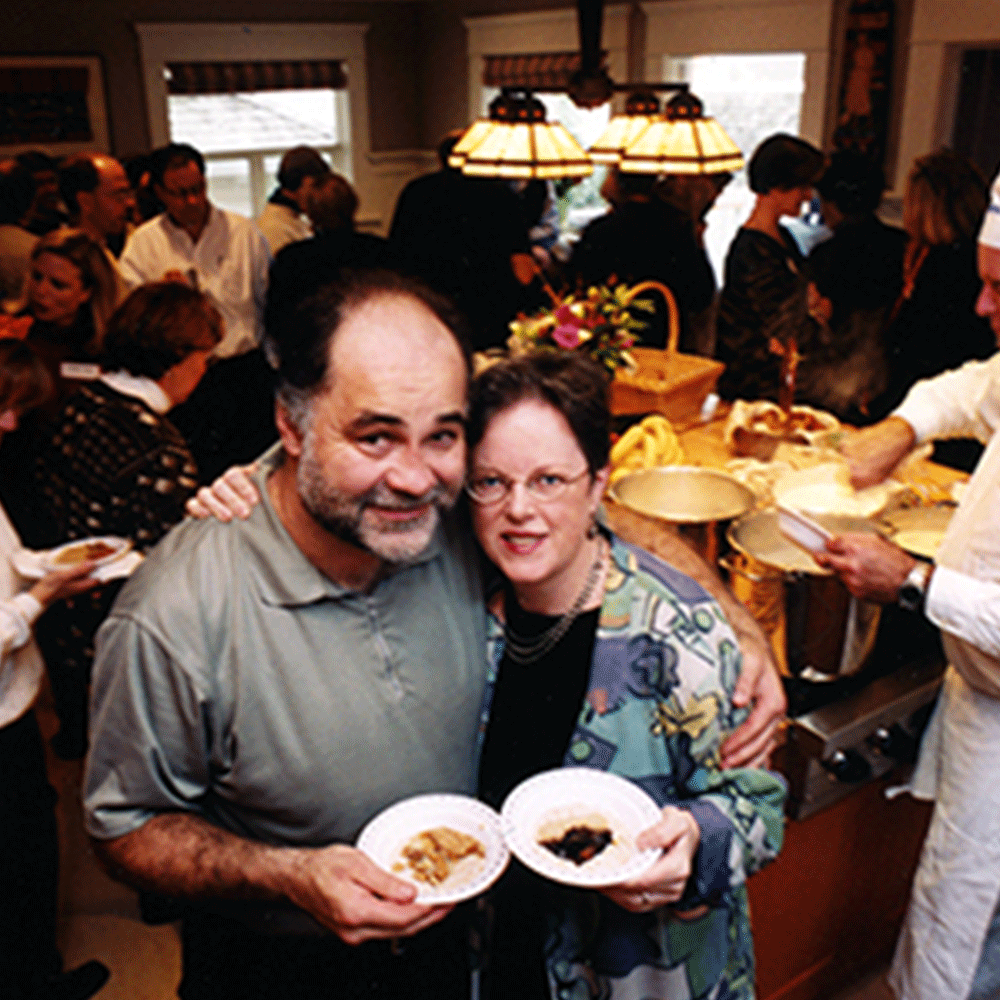 “We can’t sit around waiting for something to happen.”

Porridge for Parkinson’s was founded in Vancouver in 2001. Marg Meikle, a well-known radio broadcaster, developed Parkinson’s Disease at the early age of 43, and she was determined to do something to advance a cure for this progressive disease. As with many people with Parkinson’s, her symptoms were least active in the morning, so she started a low-key breakfast event in her home to raise money for Parkinson’s research.

As Marg said, “We can’t sit around waiting for something to happen. The fact that the science is ahead of the money inspires Porridge for Parkinson’s.”

The generosity of our sponsors and donors makes it all possible.

The proceeds from our events fund groundbreaking research into the cause and cure for Parkinson’s Disease. Since 2019, they have been directed toward the Parkinson’s Research Excellence Fund at the Edmond J Safra Program in Parkinson’s Disease, at the Krembil Brain Institute, Toronto Western Hospital, UHN. 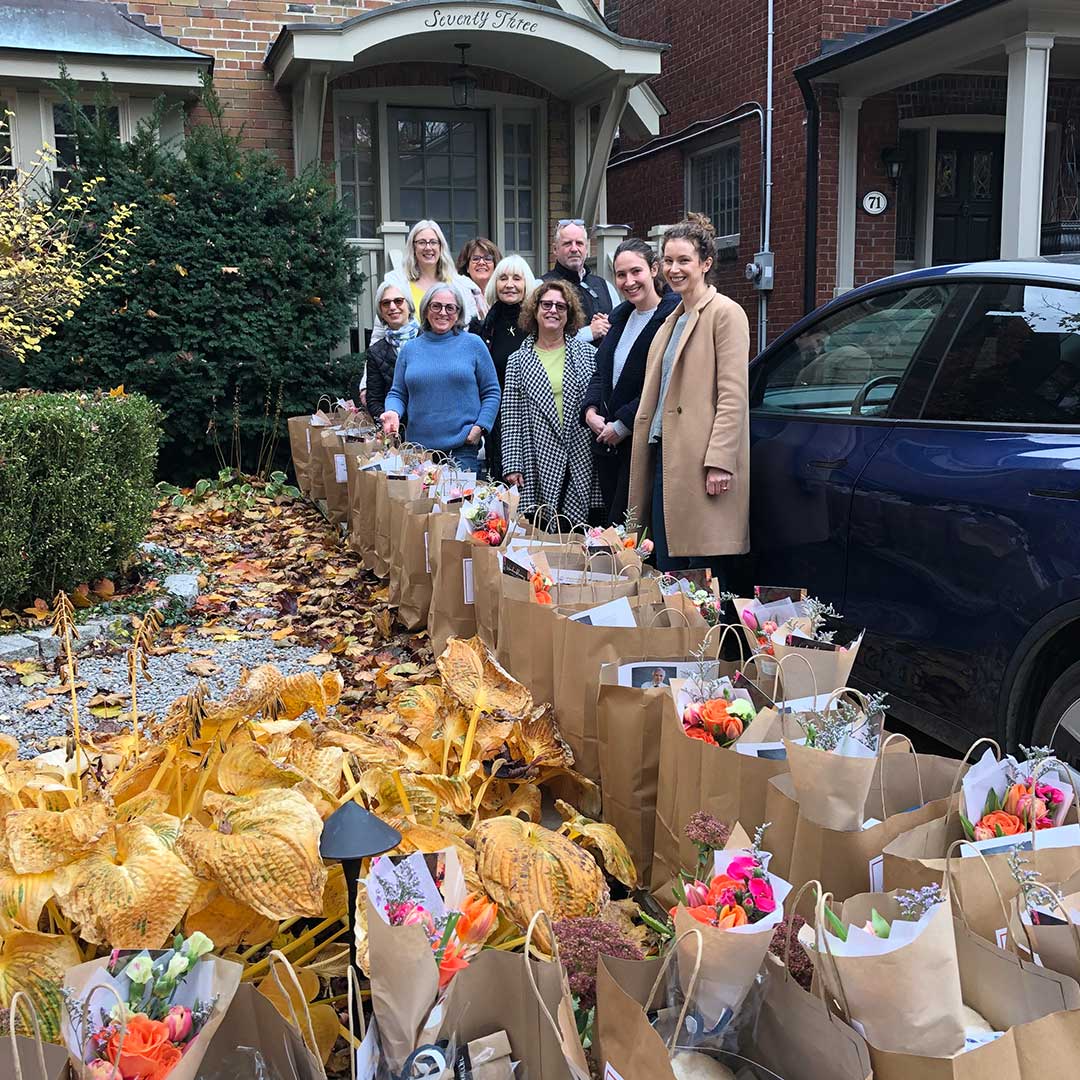 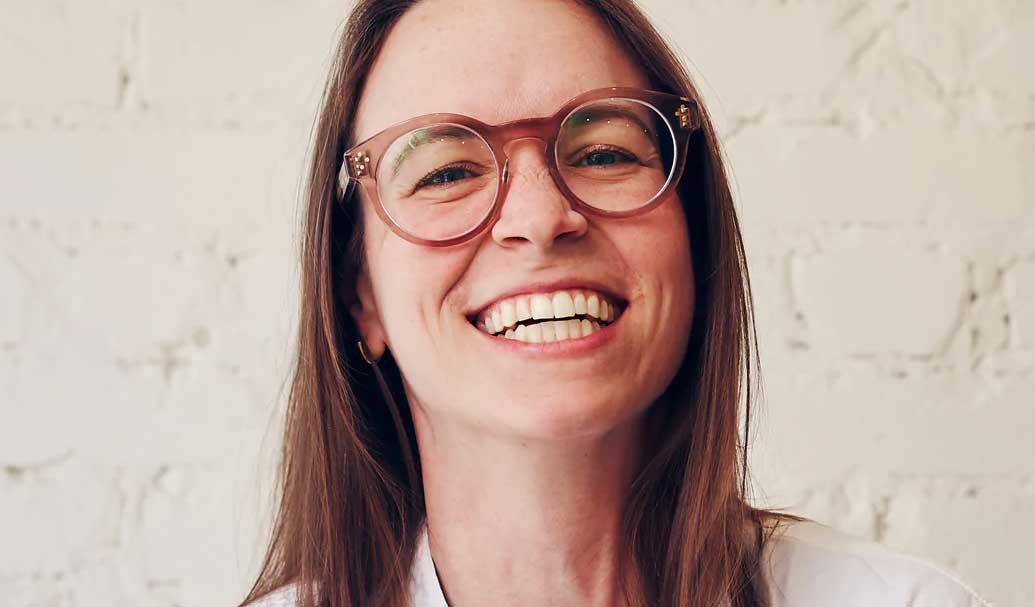 Join us for brunch in 2022! On November 6, we are delivering a delightful selection of non-perishable items for you to enjoy at your leisure.

Chocolatier Kata Ambrus, owner of Chocolat de Kat. Their bonbons were a big hit in 2021 – and are included in the P4P 2022 selection. 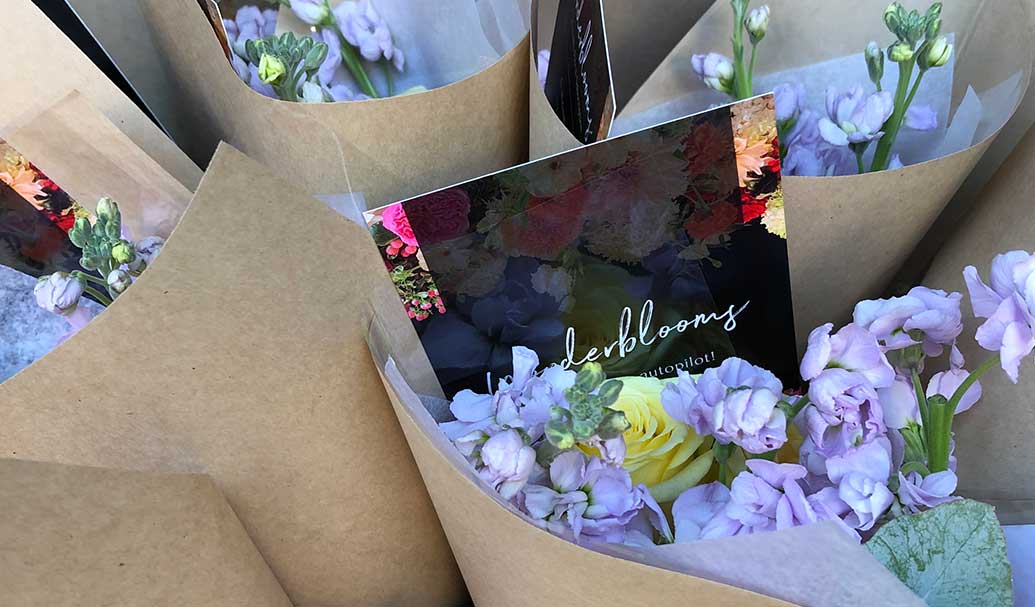 Yes, we will be delivering brunch in November 2022 – inspired by @quinceflowers  from the P4P 2021 brunch packages. 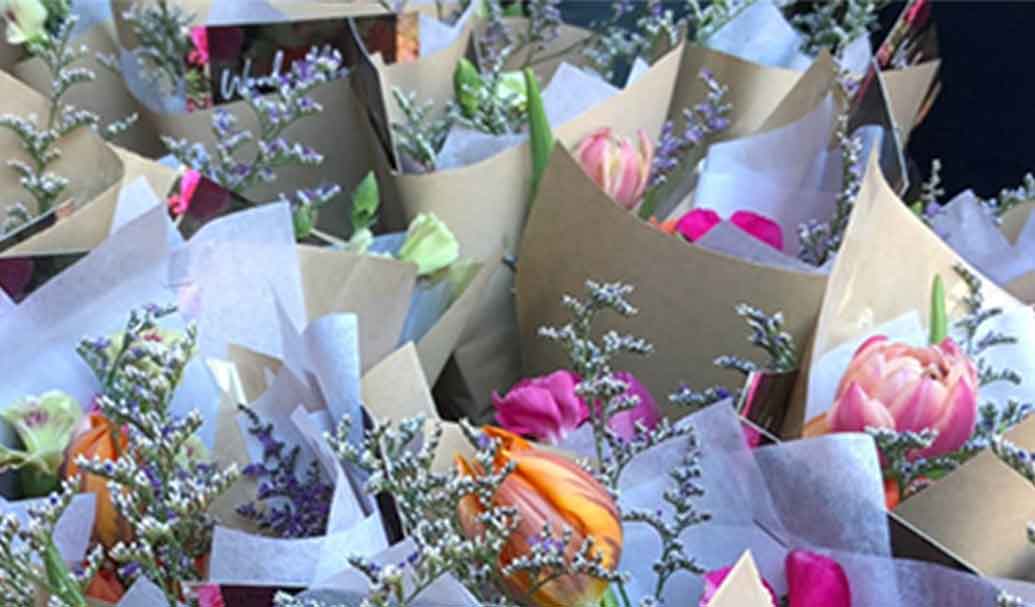 Our plans for 2022 remain uncertain, much like the next phase of the pandemic. No matter what, we are committed to raising funds for Parkinson’s research and staying connected to all of you.

Beautiful flower bouquets by @quinceflowers were included in the brunch packages. 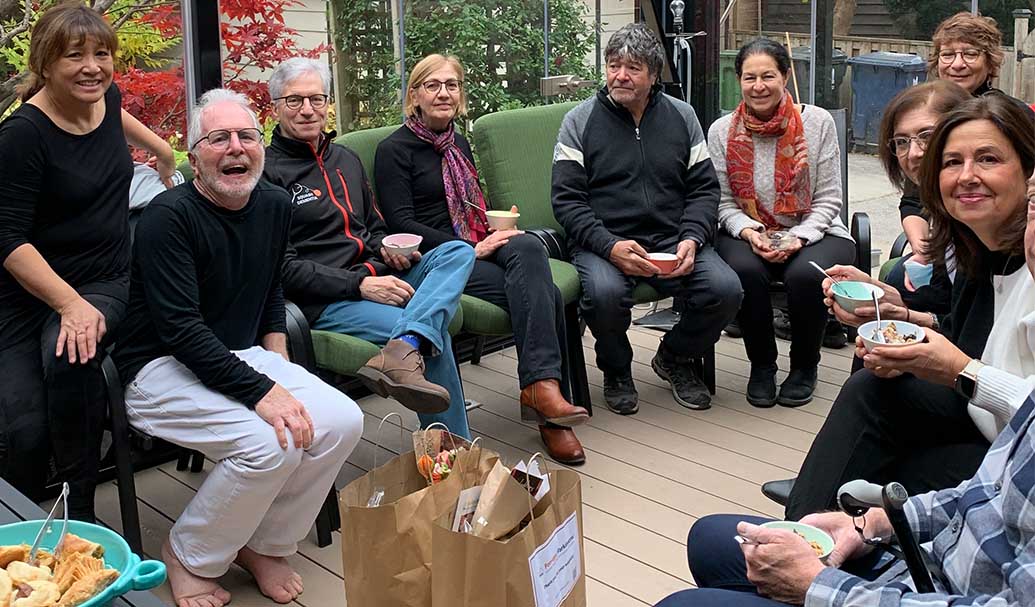 Undaunted by the pandemic, the 2021 Organizing Committee persevered – with four weeks of brunch delivered! The reviews were warm and encouraging.

What a wonderful time we had – supporting such an important cause by enjoying a gourmet brunch! What could be better?!” 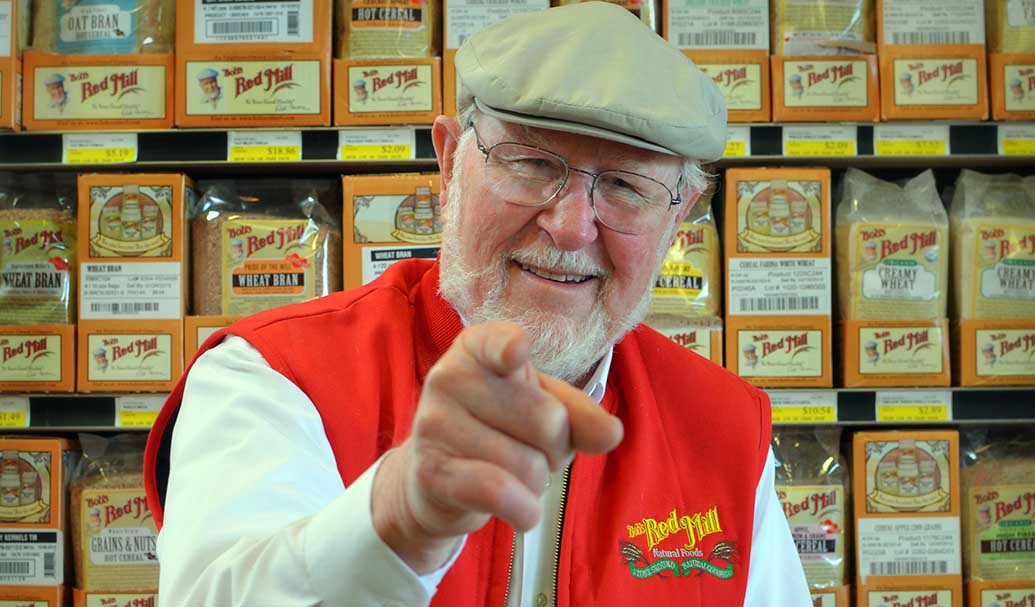 Heartfelt thanks to all the chefs and organizations participating – keenly aware of how hard the pandemic has hit the hospitality industry, this year the food costs will be covered.

Thanks to our 2021 sponsor, Bob’s Red Mill, and supporter, The Printing & Promotions Group. 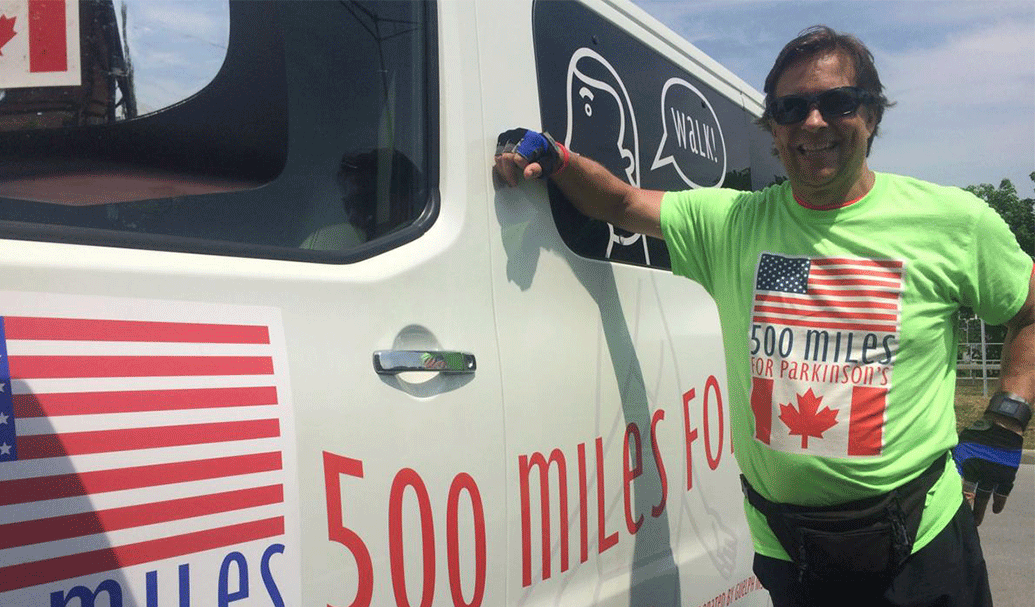 Harry McMurtry ran 500 miles to raise funds for Parkinson’s research. He was also the P4P2015 keynote speaker so we were excited to catch up on his adventures.

“Our arrival in Toronto was special. We were greeted by family and friends. We garnered a lot of media attention. We met the Mayor and thereafter the Premier. Wow!”